When you run with a forefoot strike, you’ll feel the urge to naturally run faster, which is great because faster is always better! But what are the exact techniques to run faster? It turns out that you don’t need to move your legs more rapidly, but rather you must generate greater support forces (Weyand et al. 2000). 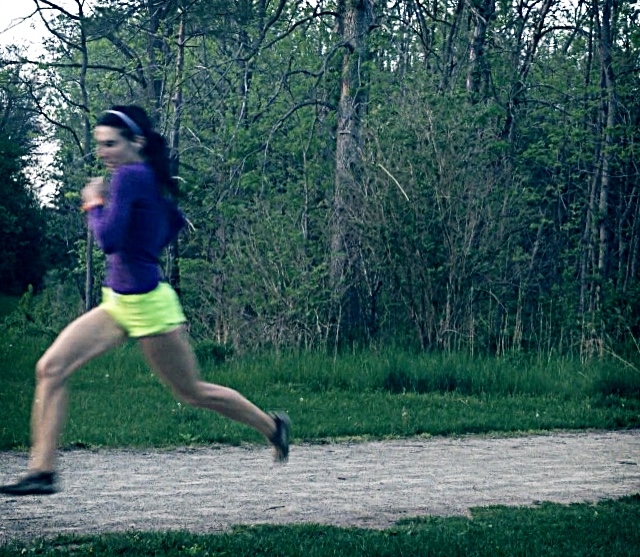 Weyand et al. (2000) favors a different explanation regarding running speed: since runners can only use high cadence to a limited extent, other changes in mechanics produce faster top running speeds, too.

The researchers wanted to see if applying greater support forces to the ground, rather than increasing cadence, would result in faster top running speeds.

Trunk posture may affect the magnitude of support forces during running. For instance, a forward position of the center of mass was in-phase with fluctuations in gravitational potential energy (Cavagna et al. 1964).

In addition, a forward position of the center of mass adds mass to the leg-spring complex and may exert greater support forces between the foot and the ground. In either case, elastic energy storage in the muscles, tendons and ligaments is more favorable and allows the foot to burst off the ground, indicating that aggressive push-off is needless.

The researchers found that the slowest runner, with a top speed of 6.2m/s, repositioned the leg for the next step as rapidly as the fastest 100-m sprinter in the world, but the runner only ran half as fast. Therefore, faster top running speeds are not always characterized by higher cadence. Varied acceleration is also evoked by differing mechanical mechanisms that extend beyond rapid changes in leg movement.

Why Barefoot is Best for Kids

Running with Cold Feet Harmless, to an Extent