When running, the very first part of your foot you should land on is the forefoot, just under the toes. More specifically, one common question I get is “why do forefoot runners, especially most elite runners [who forefoot strike] and habitual barefoot/minimalist runners [who forefoot strike as well], make initial ground-contact on the outer-side of the forefoot, just under the 5th and 4th toes and NOT on the big toe?” shown below:

Knowing this is incredibly important because where you make initial ground-contact on your forefoot during running has big implications to injury prevention and performance progress. Because of this, to reiterate (and I hate to sound like a broken record), but I want to be very clear that according to the experts and by observing the forefoot strike patterns in most pro-runners and barefoot runners, the official definition of a forefoot strike in running involves:

“...initial ground-contact is made towards the lateral border (outside edge) of the forefoot, just under the 5th toe….”

The reason I’m strongly emphasizing this is because all too often I see many new forefoot runners land big-toe-first during running, instead of making initial ground-contact under the 5th toe, whereby there are very important and distinct differences in loading patterns and bending strain over the forefoot when striking big-toe-first vs striking littlest-toe-first during running, which again, has big implications to injury and performance.

The metatarsal geometry under the toes greatly influences forefoot malleability, flexion and expansion during the touchdown phase of running, and as I stated earlier, malleability under the big toe vs under the little toe differs substantially and this difference greatly influences the foot’s capacity to manage bending strain, plantar (foot) loading and even ankle stability during running.

Landing big-toe-first during running is problematic because the bone under the big toe (known as the 1st metatarsal head) is one continuous long bone surrounded by rigid muscles and tissues, making the area very inflexible, poorly articulated (poor ease of movement), more resistant to bending and thus more resistant to taking form of the ground when initial ground-contact is made on or under the big toe in forefoot running. Out of this arises 2 well-known problems with striking big-toe-first while running.

Firstly, the unlimber bony and muscular framework causes the big toe and its metatarsal head to roll very rigidly with ground and fails to fully shift bending strain over the rest of the forefoot, resulting in high volumes of plantar loads accumulating under the big toe which is a well-known risk factor for stress fracture of the 2nd metatarsal head (the long bone under the 2nd toe).

Secondly, greater impulse pressures at the big toe powerfully influences ankle stability during certain phases of running gait and may perpetuate mechanical entanglements at the ankle-joint that may lead to ankle spraining. Proof of this connection came from a 2005 study in the journal Gait and Posture which found a strong association between higher-than-normal impulse pressures just below the big toe (MTP-joint) with greater ankle movements during running and that increases in MTP-joint pressure and ankle-joint sprain injuries are linked together.

The researchers discovered that increases in pressure impulses at the MTP-joint was associated with the most ankle inversion during the stance phase of running, which is a big risk factor for ankle injury. 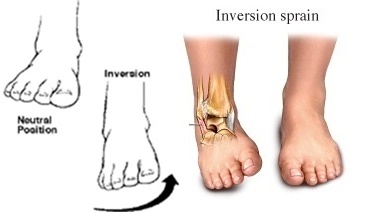 The best description of pronounced ankle inversion during the stance of running (shown above) is the ankle-joint tilts and juts outwards away from the midline, pushing the front of the foot sharply inwards towards the midline. Too much high levels of ankle inversion driven by increases in MPT-joint pressure ratchets up mechanical stress that fosters ankle spraining when running. From this, it’s easy to see why landing big-toe-first in forefoot running is a bad idea.

Both sets of factors (fracture of the 2 metatarsal head and ankle sprains) make it clear that landing big-toe-first in forefoot running has little functional value and is an unsafe landing strategy that can have a negative impact on injury prevention, rather landing under the 5th toe-first in forefoot running gives you a forefoot strike that’s positioned with little pressure shock and secured with stronger ankle control. 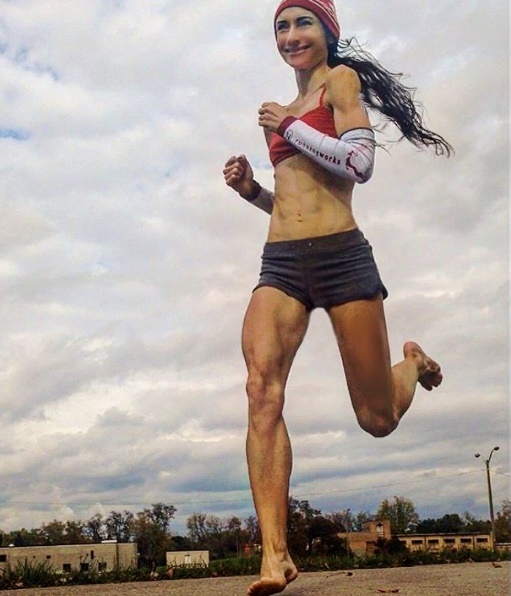 To make your forefoot strike more effective, always make initial ground-contact under the 5th toe! Here’s more on why that’s so…..

Why Landing Under 5th Toe-First during Running Makes More Sense

The higher degree of bendability and flexibility under the 4th and 5th toes makes the area incredibly malleabile (rollable) and able to move smoothly over any surface with greater ease and allows increases in bending stain to easily shift over a larger surface area of the forefoot. It also makes the area more accommodating to heavier plantar loads!

This is how making initial ground-contact just beneath the 5th toe unplugs high plantar bending strain and peak pressures from escalating which also accompanies better ankle inversion control and stability, putting you towards a safer path of running more injury-free.

By now, I hope it’s obvious that it makes the most functional sense to make initial ground-contact under the 5th toe as compared with striking the ground big-toe-first during running.

If you’ve had stalled progress with forefoot running, you may be landing big toe-first! Make the conscious effort of tilting your forefoot towards its outer-side, striking the ground just under the 5th toe. For a more visual explanation, here’s my video on what a proper forefoot strike should look like at touchdown, using examples of forefoot strike landing patters in well-known pro-runners.

Last but not least, I find that running barefoot on pavement is incredibly helpful at getting your forefoot to land where it should. The tactile sensory input from a harder surface stimulates the bare underfoot and triggers a reflexive response that automatically guides the foot to strike the ground initially on the outer-side of the forefoot, which also naturally provides a nice smoothing of the road.

If you’ve enjoyed this content, you’ll love my content over at my YouTube channel, here, where I talk at lengths about the benefits of being barefoot, especially running barefoot! I also discuss more on the advantages of forefoot strike running  over heel strike running.