Running makes your body stronger, but it can be harmful when you are running on empty and fatigued because your running form may suffer. When you are slugging it half way through a marathon, the last thing you feel like doing is straightening your posture and running tall, but as long as you run forefoot, you can avoid most overuse injuries related to heel strike running. 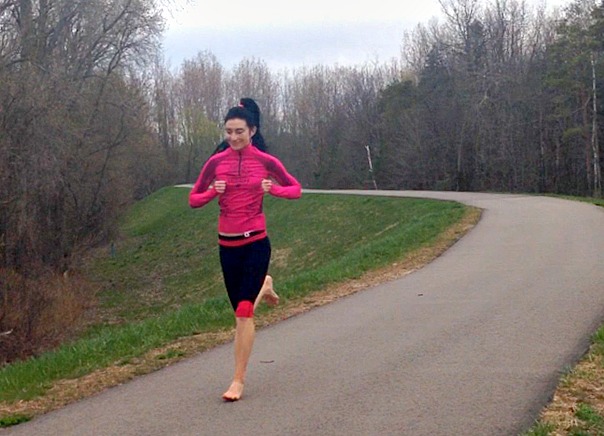 Why its Important to Run Forefoot When Fatigued

Run forefoot when fatigued is important because it prevents shock transmission and the risk of musculoskeletal injuries.  In many cases, when a runner becomes fatigued, they tend to not only slow down, but favor a heel strike landing. As hard as it may seem, a forefoot runner must not let their form breakdown and must make the concerted effort in keeping a higher cadence and the feet off the ground. 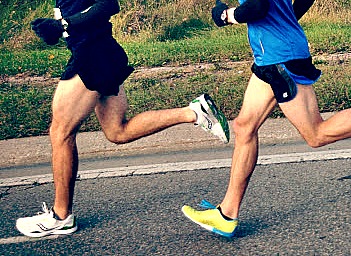 Switching to a heel strike landing when fatigue results in high impact forces that may damage articular cartilage.

The only solution to prevent heel strike-initiated shock waves is to not heel strike in the first place.

To keep up an accurate forefoot strike landing, bend the knees and push forward with your center of mass (as shown above).

Maintaining a forefoot strike landing is one of the few strategies the body has to protect itself from overloading during running under any conditions.

More on Why Avoid Heel Strike: