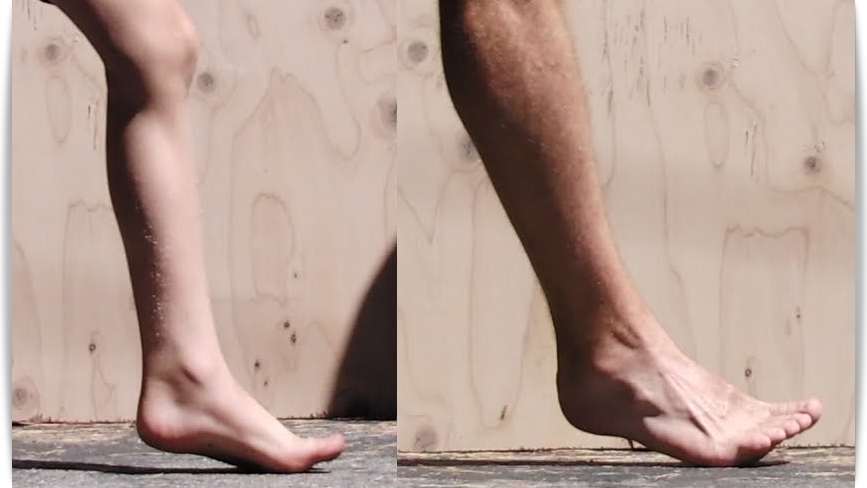 However, in a forefoot strike (shown above), the ball of the foot contacts the ground first, then the rest of the foot flattens on the ground, including the heel.

It looks as if the runner is landing on the outside of the foot, but in fact, this is how the human foot naturally strikes the ground when running barefoot.  Humans seem to be hardwired to land under, in the order of the 5th – 4th – 3rd metatarsals, then the rest of the foot flattens to the ground.

To better illustrate a forefoot strike, watch the video below of the best distance runner in the world, Tirunesh Dibaba:

At first glance, the information provided here may seem overwhelming, but avoid hyper-focusing on foot strike. As mentioned above, landing on the outside of the forefoot is a natural response of the human body when running barefoot. So, don’t over-think exactly how your foot should be contacting the ground, just run, the forefoot strike will come naturally since its automated, thanks to evolution.

In a forefoot strike, the initial contact of the ball of the foot followed by the dropping of the heel, eliminates collision forces, peak pressures, allows adequate impact and loading distribution throughout the foot, and therefore provides a smooth landing.

Studies show that in toe running, peak pressures are greatest at the big toe, and peak plantar flexor moments are higher compared to a forefoot strike: 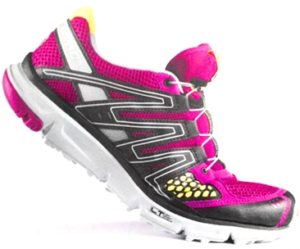 Toe running imposes gait instabilities compared to forefoot running. We can balance better on one leg, if the foot is flat on the ground, but if you stand high up on your toes, balance is compromised -now try running like this!

Toe running and forefoot running are not the same! If you are a heel striker making the switch to forefoot running, make sure you land on the balls of the foot, just like the elite distance runners, not high up on your toes.

More on The Benefits of Forefoot Running:

Run Forefoot, Because You’re Faster than You Think!

Biomechanical Analysis of the Foot and Ankle Predisposition for Developing Stress Fractures. Hughs, L.Y., in Journal of Orthopaedic and Sports Physical Therapy, Vol 7; 1985.

Effects of Footwear and Strike Type on Running Economy. Perl et al., in Medicine and Science in Sports and Exercises, Vol 44; 2012.