I would say 100% of us grew up running in shoes and this is why most of us heel strike. We need to reverse this, and the best place to start is running barefoot, and if you truly hate this idea, you need to wear barefoot-like running shoes. This is going to be a really good gift for your feet and your central nervous system and will allow you to be more mentally engaged with how your feet interact with the ground. From that, you will encounter less running injuries. 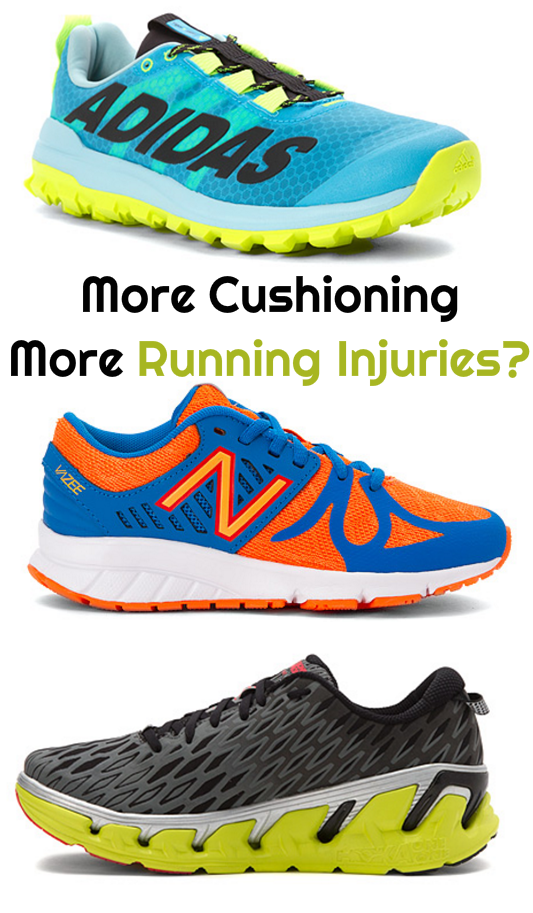 The greatest challenge for the footwear industry, dedicated to innovation, is to manufacture a running shoe that prevents injury. Yet, simple math shows running shoe cushioning causes a runner to be less efficient via impairing biomechanics.

For decades, the footwear industry has conditioned runners to believe that running shoe cushioning is vital to protect from the ‘damaging’ effects of running. But, our ancestors ran barefoot over long distances to hunt food, and never got injured.

Why Our Barefoot Running Ancestors Never Got Injured

To run safely, our ancestors did not require running shoes, they adopted a forefoot strike, not a heel strike, due to selective pressures.

Why does the body prefer a forefoot strike over a heel strike when running barefoot?

One of the most important components of a forefoot strike is the absence of a vertical ground reaction force -a force produced in heel striking as a result of over-striding. Thus, forefoot striking was and is less forceful.

Forefoot striking is also common in East African populations whereby barefoot running is a way of life. Barefoot runners, like our ancestors, are forefoot strikers, not heel strikers. This is why elite Ethiopian distance runners such as Tirunesh Dibaba, and Kenenisa Bekele run on their forefoot.

When Did Running Become Damaging to Us?

Our ancestor would have would have died out long ago if they sustained the magnitude of running injuries we do today. Many runners are vulnerable to injury because they heel strike.

To date, there is NO scientific evidence, not a single study by Nike, Adidas, etc., that suggests their clunky, high- heeled running shoes eliminate or reduce the likelihood of injury OR enhance athletic performance. Need more convincing? Watch this segment of HBO Real Sports Interview with Christopher McDougall:

Research has provided no insight into the protective effects of motion control, wedged-heeled running shoes. And, footwear companies have offered zero explanations as to why runners are still getting injured despite wearing their ‘innovative’ footwear.

On the other hand, other work has conclusively shown that these type of running shoes impair running form to the point where impact forces are produced at such a magnitude that lead to stress fractures and other lower extremity injuries.

When you look at the big picture, our ancestors ran barefoot with a forefoot strike and turned out fine; running shoes today are too stiff with too much cushioning and stability elements which prevents the body from running properly. That is, we end up injured as a consequence of heel striking when we were meant to run forefoot.

The more you run barefoot, the better the ability for you to run forefoot.

What is proprioception and how it helps you run better.

Most popular books on how to run barefoot.