The solution is to go barefoot more often and to reduce the amount of cushioning in your shoes. Why? Barefoot running encompasses a broad array of strengthening abilities, including less plantar strain, better arch function and improved toe splay.

The Feet Are Unused in Cushioned Athletic Footwear 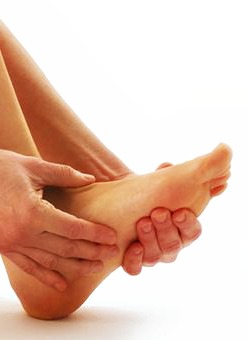 Earlier work found that recreational runners who ran in cushioned athletic footwear had higher levels of plantar fascia strain –an indication that the connective tissues as well as the medial longitudinal arch were having difficulty absorbing and deflecting impact from running.

Talk to Other Barefoot Runners

The burning question however, is going barefoot or pure minimalist safe for everyone? The answer is, of course, yes.

Therefore, what most determines biomechanics and injury risk is foot conditions: shoes vs barefoot. Because most runners are susceptible to the adverse effects of cushioned athletic footwear, the findings do warrant more research on the proprioceptive side-effects of athletic footwear.

All in all, foot pain is deeply rooted in poor foot strength. Foot strength is deeply rooted in the level of activated proprioceptors. Your foot health is as good as its going to get in cushioned athletic footwear. Going barefoot defines the transition from weak to strong feet, and the longer you are barefoot, the greater the extensive changes in foot health that occur.

Why Land On Outer Side of Forefoot?