One of Daniel Lieberman’s prize finds was that the modern running shoe causes a runner to heel strike. Does this mean that when shod-heel strike runners run barefoot they instantly adopt a forefoot strike?

Most of the time, but not always, shod-heel strikers will shift to forefoot running when barefoot, but this shift in foot strike was supported by yet another study.

Ahn et al., (2014) found that shod-heel strikers who ran barefoot landed on their forefoot and reverted back to heel striking when they ran in the modern running shoe 🙁

The finding was interesting because the forefoot strike shifters were given no instruction on proper foot strike technique, and instead, were told to run with a self-selected, or preferred landing strategy when barefoot and shod.

But the clearest finding from the study that supports the popular conception that modern running shoes facilitate heel strike came from the differences in ankle-joint movement at touchdown.

All of the forefoot strike shifters landed with a more plantarflexed ankle when barefoot.

In contrast, the forefoot strike shifters landed with a more dorsiflexed ankle at touchdown when in the modern running shoe. 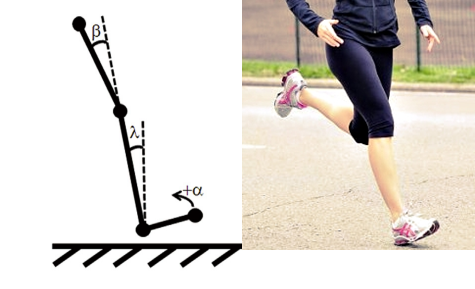 In summary, the modern running shoe causes the forefoot to lift up (dorsiflexion) and barefoot running causes the foot to remain plantarflexed (the forefoot is parallel with the ground) at touchdown.

Because shod vs unshod (barefoot) conditions dramatically affect ankle-joint kinematics, these observations could better constrain predictions of the negative impact running shoes have on our natural biomechanics. To the inexperienced runner, if you run in the wrong shoe, you are going to heel strike.