No one really cared about the evolution of running shoes until runners started getting injured. 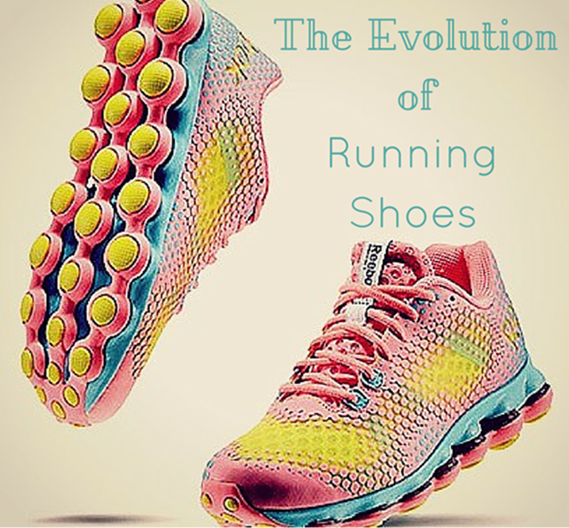 The research of Dr. Daniel Lieberman and Dr. Steven Robbins changed my life and I reference their work substantially to help others learn to run injury free.

The Evolution of Running Shoes

From my perspective, Robbins is anti-footwear, including anti-minimalism, because he firmly believes that like the standard running shoe, minimalist shoes cause injury, too.

Though pure minimalist shoes lack compressible materials, minimalist footwear such as the Vibram FiveFingers are far from ‘barefoot-like’ because they hinder plantar sensations, making a runner less adept to use inherent natural impact-moderating behaviors to run safely.

Nonetheless, Robbins debated Lieberman’s claim(s) whereby according to Lieberman throughout human evolution, humans ran barefoot or in thin, minimalistic footwear such as moccasins or sandals.

Robbins argued that humans evolved running barefooted, but did not evolve running in sandals or in moccasins because early examples of such minimalistic footwear show no way of firmly attaching foot to shoe.

A greater dose of Robbins arguments against Lieberman are as follows:

Robbins further criticized Lieberman for using defensive techniques to avoid discussion of issues, questioning the intention of Lieberman’s publications on barefoot running in the Journal of Nature.

What Happened to the Barefoot Running Movement?

To my understanding, Robbins issue with Lieberman’s work is that, in the end, the barefoot running movement lost momentum because Lieberman properly disclosed a conflict of interest with Vibram, as Vibram supported Lieberman’s research.

Robbins argued that Lieberman’s pseudoscientific evolutionary arguments in conjunction with claiming that running in the Vibram FiveFingers resembles barefoot locomotion, was intended to satisfy Vibram who, remember, supported Lieberman’s research, to sell shoes.

Among other things, there’s a good chance that the barefoot running movement lost momentum because inexperienced barefoot runners frequently switched between running in the Vibrams and running barefoot as opposed to running barefoot habitually, without plantar interference of a rubber sole.

Most habitual barefoot runners will tell you that running barefoot and running in the Vibram’s are two different experiences, barefoot being the preferred running condition among these runners.

Barefoot running does a better job at telling your body how to run; whereas pure minimalist shoes interfere with proprioception, to a lesser extent than the standard running shoe, but enough to have health consequences.

I have a neutral position on the viewpoints of Lieberman and Robbins as I am biased towards both experts because their research has been invaluable to me as a runner. I understand that barefoot running provides a much richer environment regarding proprioception -I’ve experienced this myself as I use barefoot running to refine my form.

As for Lieberman, even if his publications are ‘commercially charged’ to promote Vibram, recommending Vibram as a running shoe is in part, a step in the right direction to steer runners away from relying so much on shoe cushioning and instead, develop the ability to learn to land softly on their own.

How the Best Runners Run

Why Orthotics are Bad