There’s strong evidence supporting the idea that a foot fracture from running may be avoided by running with a forefoot strike, not a heel strike, but to better your chances of avoiding such an injury is to run forefoot in running shoes that delivers good ground-feel clarity, shoes like barefoot running shoes (i.e shoes with a flexible, thin, level sole without any thick compressible cushioned, foam, gel or plastic materials).

As we so well know, injury prevention efforts in running mainly target factors such as reducing impact by adding more layers of cushioning under the foot. But what’s so scientifically interesting is that many studies (references listed at the end of the article) have found the same basic conclusion: decreases in ground-feel at the feet may lead to increases in unusually high peak underfoot pressures, especially on the mid-foot. Also, the softer and thicker the underfoot cushioning in a shoe, the greater the peak underfoot pressures at the touchdown and stance phases of running, potentially putting more fracture-inducing stress on the foot.

It gets worse. Thick shoe cushioning was found to completely mask the feel of high impacts during running, leaving runners incapable of truly feeling abnormal rises in underfoot pressure and impact stress on the foot.

Evidence in alignment with this came from the pioneering work by Dr. Steven Robins, MD, who found that runners who ran in thick cushioned running shoes were exposed to more peak underfoot impact because underfoot-cushion thickness significantly diminished transmission of mechanical transients which are adequate stimuli to proprioceptors. In simple terms, when your feet are unable to feel the ground, due to thick underfoot cushioning, the failure to capture some sensory scope of the ground at the feet may be accompanied by a greater downward force and a greater push force of the feet.

What is more, thick underfoot cushioning may go against the body’s natural impact-avoidance behavioral reflex response that’s fully activated when you run barefoot or activated to a lesser degree in barefoot running shoes. In fact, a 1996 study in the journal Clinical Biomechanics discovered that running over harder underfoot surfaces with minimal underfoot protection resulted in stark reductions in peak underfoot pressure on account of the runners reflexively adjusted their landing intensity to land more lightly.

Underfoot ground-feedback can really help you reign in your worst mechanical impulses, like pounding the pavement and landing heel-first, but what enables the body to make such important mechanical adjustments in the absence of underfoot-cushioning?

Its ALL About Proprioception!

When you can feel the ground more fully with your feet, you have better proprioception. Proprioception is defined as the constant feedback loop within your nervous system that informs your brain about what position you are in and what forces are acting upon your body at any given point in time. The body’s proprioceptive system also plays an important role in maintaining the body’s natural mechanical defenses against high impacts, which is proven to be optimized barefoot.

How exactly do our feet importantly contribute to proprioception?

The underfoot is incredibly densely populated with groups of nerves that belong to the proprioceptive system whereby when you are barefoot, there’s more rich sensory information that converges through the bottom of the bare foot that is sent more quickly to the central nervous system (spinal cord and brain) as compared with conventional running shoes. From here, a range of nerves, especially in the joints, are switched on more fully which directly activates a range of muscle and reflexive responses that are key organizers of more functional movement patterns and other biomechanical outputs that help produce impact-avoidance behaviors in the absence of underfoot cushioning. This is precisely the reason you don’t end up with high impacts crashing into the foot or leg when you run barefoot, regardless of surface hardness, and is why increased barefoot running training fits so nicely into the role of injury prevention and form correction.

But when the proprioceptive system is blocked at the feet with thick shoe cushioning, the proprioceptive feedback loop may become compromised in ways that may encourage more force intensive, unbalanced footfalls as well as abnormal foot postures which in turn may project greater stress and strain on the foot as compared with running barefoot or in barefoot running shoes. In essence, instead of adding protection, thickly cushioned running shoes seems to take the protection away. Likewise, if cushioned running shoes can’t reduce all the impact, how can they prevent all injuries? 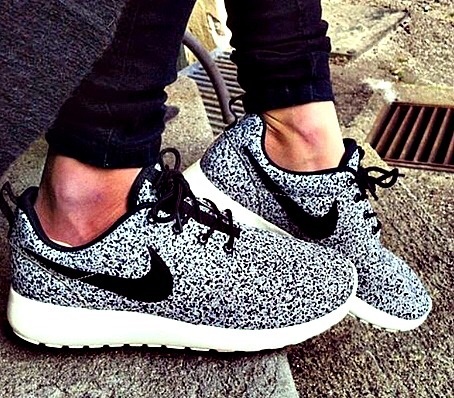 Obviously, there are countless variables involved, and many more to be discovered, that cause running-related injuries, but certain running shoes, namely thick cushioned running shoes are on record for disrupting underfoot proprioception, resulting in a more heavy footstrike intensity with greater impact production of which injury troubles tend to begin.

This is why you can do better with your injury prevention efforts by integrating barefoot running in your regiment as barefoot running is most effective to tap into the proprioceptive power that’ll assist you in developing a landing strategy that’s so brief that certain impact variables are not fully produced on the foot and leg.

If you’ve enjoyed by blog’s content about barefoot running, you’ll LOVE my content over at my YouTube channel, here, where I discuss at great lengths the health and performance benefits of barefoot running as well as forefoot running vs heel strike running.